I was fat for as long as I can remember… 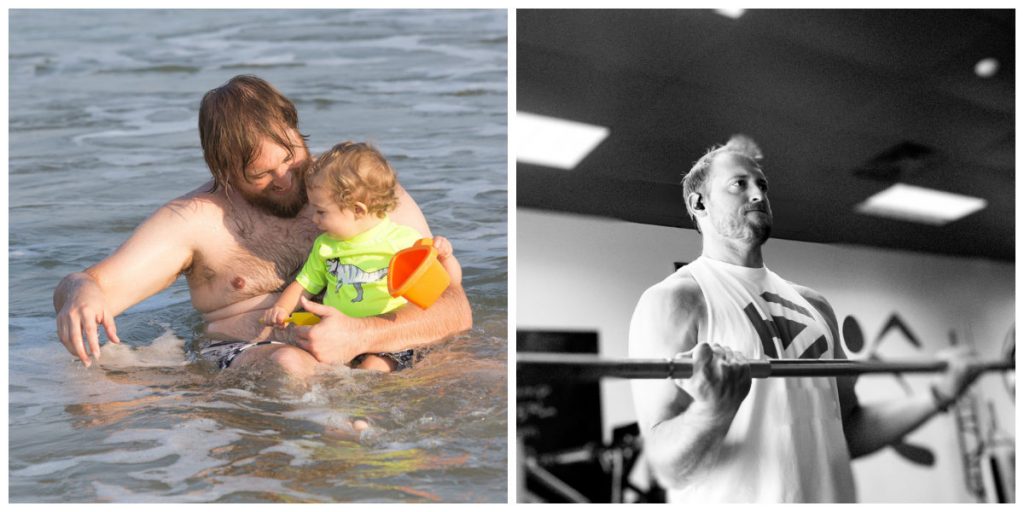 I was about 275 at my heaviest, and just looked terrible.

I wanted to join the military toward the end of school, but I was too heavy to sign up!

Can you believe that? Too heavy.

Long story short, I lost a ton of weight and went into the Air Force for a few years.

I averaged about 210 in the AF, and no one ever believed I had been fat.

I stayed that way until I got out.

Civilian life caught up with me fast though, and I ballooned back up to the 270 range.

I spent time lifting weights, running, doing triathlons, cycling and other forms of exercise, but never really got back into good shape.

My wife got pregnant with our first child.

See, she developed an aversion to most foods early on in the pregnancy, so I was on my own for dinners.

I started grilling meat and dropping it on top of lettuce.

After several months of that, I started to become proud of myself.

Even being confident with my shirt off at the beach.

Silly as it sounds, it was a big deal.

Since it was our first child, we had no idea what to expect.

What we got was sleepless nights and stress!

As a result, we ate whatever we could get our hands on.

That destroyed all the progress I had made.

I knew I was fat, but it didn’t hit me until I saw pictures like these from a trip to the beach in 2013. 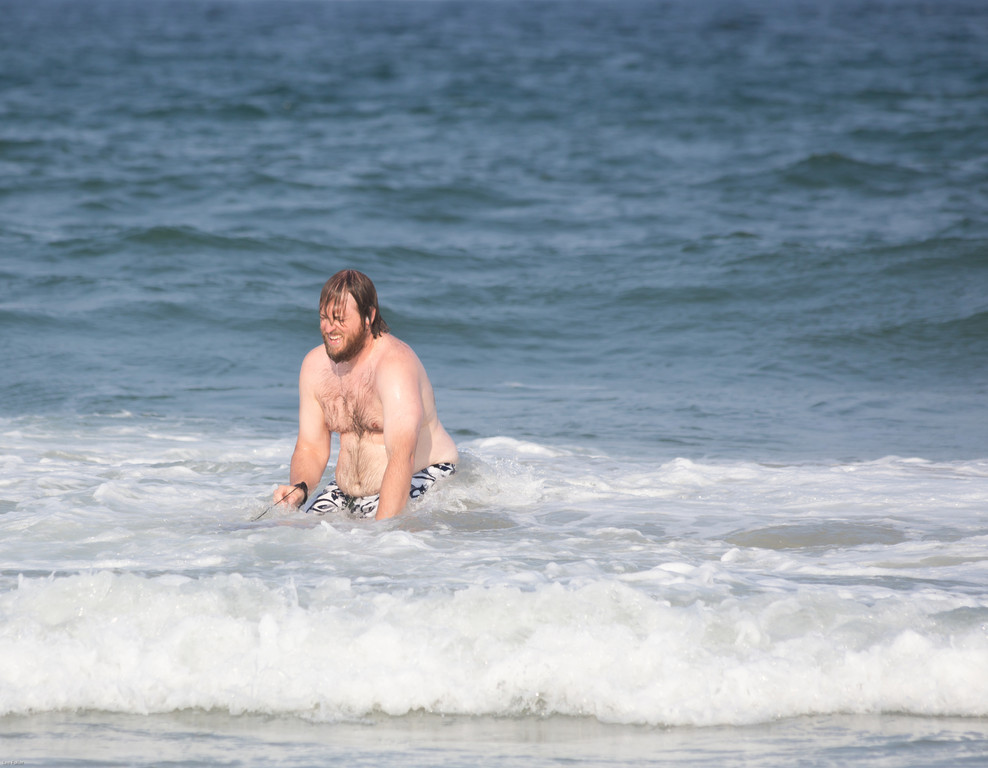 Seeing how awful I looked in these pictures flipped a switch inside me.

I realized how unhealthy I was, and that I couldn’t continue to be like that.

I wanted to be around for my family!

The moment I got back home, I purchased a book with a diet and workout plan for men and started my journey.

I’ve had some hiccups along the way, which is why I preach that this is a long-term, lifestyle.

The truth of the matter is, fitness is a journey not a destination.

It’s important to distinguish between the two, particularly in our instant gratification society.

Maybe you used to be athletic and fit as a young person, but life happened and now you barely recognize who you see in the mirror.

Maybe you’ve been fat for as long as you can remember.

Maybe you’ve been successful in losing large amounts of weight, only to see it come back with a vengeance a few weeks or months later.

Maybe you’ve even been taken in by one (or more) of those scammy, gimmicky workout programs that promise you a six pack in a week by just doing 3 minutes of exercise a day and continuing to eat whatever you want.

We’re going to cut through all the ridiculous B.S. that’s contributed to where you are now.

And, since you’re here, I assume you want to make a change.

Maybe you’re even frustrated and fed up and ready to make a change.

There’s got to be a more catchy name for these.

When I think of it, I’ll update this.

By my way of thinking, there are really only 3 factors that are going to contribute to you getting where you want to be when it comes to your health and fitness.

We’ll tackle all three of these with a combination of workout programs, nutrition suggestions to get you on the right track. Then mindset concepts to keep you focused on your ultimate goal, whatever that is.

The Most Important Thing To Remember…

Is that it’s ok not to be perfect.

Like I said at the top of this page, it’s a journey not a destination.

You’re in this for the long haul.

You might get a six pack in a few weeks or months, depending on where you’re starting, but it won’t be because of any shortcuts or gimmicks.

We’re all about the fundamentals, and change that you can maintain.

Further, this site is not about turning you into a men’s health cover model or an elite bodybuilder.

I’m neither of those things, and won’t pretend I know how to make that happen.

My goal is to start you down the road to that.

If that’s where you want to be, we’ll get you started and find someone to hand you off to.

My main goal is to help you improve your life by improving your health, and any movement in that direction is a victory for you.

Being able to go for a walk or hike for one or two or several miles without being winded, that’s a win.

As for me, I’m not a fitness model. Not even close.

But at 42 with a wife and two three kids, I’m healthier and stronger than at any other point in my life.

And that’s what I want you to say too.

I hope you’ll join me and start changing your own life today.

If you’ve read this far, then I know that I want you to stick around!

Life is a funny thing, and as I considered the purpose of this site, I was a little confused about what direction I wanted to take it in.

Initially I had wanted to help dads get back into shape after slacking when kids came along.

And I still do.

But I realized there was an even greater need out there…

The Red Pill is many things, but first and foremost, it’s a praxeology with which to understand interactions between the two sexes.

To that end, I want to work more Red Pill personal development into the blog (and being strong and in shape is a crucial part, but there’s so much more).

Here is a link to the introductory post that goes a little further into this.

Buckle up for this ride.

Things are going to get crazy!

I leave the old stuff up here because it’s all part of the journey.

I’ve had a fairly big shift where the red pill stuff is concerned.

It’s not that it’s without value, but that value is limited in a lot of ways.

Jesus is the only way.

Family is wealth and the only way we’ll ever make the changes we want to see in the world.

I occasionally write about this on a different site in case that interests you at all.

But health and fitness are key, as you need them to keep up with your kids AND to set a positive example for them.

I’ve also developed an affinity for natural health alternatives (given everything that’s going on in the world), and I’ll share some of that here too.

Thanks for sticking around, or finding me, or whatever!

I love to hear from you. Fill out the contact form or leave a comment if you have any questions or just want to say hi.

Check out these articles below