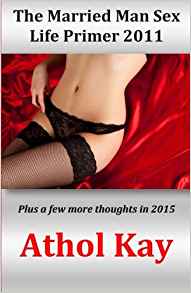 Now that we’re sufficiently up to date on what the Red Pill is, I want to give you your first reading assignment.

Please buy the Married Man Sex Life Primer and read it right away.

The Kindle version is much cheaper and no one will know what you’re reading, in case you find this embarrassing at this stage in your journey!

I have a shameful confession to make…

I bought this a few years ago, and just now got around to reading it.

I really should have gotten to much earlier.

For men who are facing the decline of their sex lives following marriage, this is a must read.

Maybe this doesn’t quite do the book justice, but it is a complete guide to game for married men.

The MMSLP starts out exploring the evolutionary basis for attraction between men and women.

From there, it becomes a stellar manual for running game on your wife within the context of your marriage.

Whether one or both of you is contemplating ending it or you just want to improve on something that’s just ok, the information in this book is excellent.

However, even if you aren’t married I can still recommend that you give this one a read.

The fundament principles apply to any relationship, and it can give you another perspective on marriage (if that’s possibly something in your future).

There’s a good section on how to select a wife, and this is extremely important.

Don’t leave the decision of marrying someone up to chance (or even worse, up to her).

Because after all, it’s all your fault.

Without giving away too much:

This will introduce you the levels of Dread, a vital concept in any romantic relationship.

You’ll also learn a great deal about shit tests and how to recognize and handle them.

After all, you’re probably here to figure out why you’re not getting the sex you want and how to fix that.

This provides a perfect roadmap to improving yourself so that you’ll be more attractive to your wife.

And if that doesn’t work out, you’ll be more attractive to other women as well, and this time you’ll understand frame and how to navigate the relationship.

That’s a dumbed down version, so be sure to buy the book to learn more in great detail.

Once again, this comes highly recommended to all men.

Get it on Amazon [Paperback] [Kindle]

(All book links in this post are affiliate links, so you can help out the blog at no additional cost to you by shopping through these links. Thanks!) 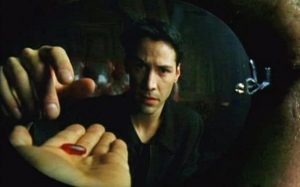 If you’re here from the About Page, welcome and thanks for reading on.

If not, here is the intro:

If you’ve read this far, then I know that I want you to stick around!

Life is a funny thing, and as I considered the purpose of this site, I was a little confused about what direction I wanted to take it in.

Initially I had wanted to help dads get back into shape after slacking when kids came along.

And I still do.

But I realized there was an even greater need out there…

The Red Pill is many things, but first and foremost, it’s a praxeology with which to understand interactions between the two sexes.

To that end, I want to work more Red Pill personal development into the blog (and being strong and in shape is a crucial part, but there’s so much more).

Does Any Of This Sound Familiar?

Have you gotten out of shape since you had kids?

Maybe severely out of shape?

Are you experiencing more stress?

Has that seeped into other aspects of your appearance, like the way you dress?

Weird things happen to some of us when we have kids.

We have less free time, need more money, and tend to be less selective about the foods we eat.

You notice that you’re not having as much sex with your wife as before.

When the kids were babies it made sense.

She was still recovering and has to tend to helpless babies.

And things haven’t gotten any better.

She always has excuses, and you’re sick of being rejected by your own wife, so you slowly stop initiating.

Then you wake up and realize your sex life is all but non-existent.

So What To Do

Here it’s important to understand the alternative to the Red Pill, and that’s the Blue Pill.

Unless you had a Red Pill aware man in your life as you were growing up, it’s a safe bet to assume that you’ve been conditioned to Blue Pill ways your whole life.

The Blue Pill is a feminine primary way of looking at everything.

It could be considered a product of third wave feminism, and the erosion of gender roles in our culture.

However exactly you want to think of it, it is the most pervasive influence in our culture at large.

The fact that it’s politically incorrect to observe that men and women are different.

The relationship advice you’ve undoubtedly been given to revive your sex life:

“Help out more around the house”

All things that, if we’re honest, we’ll admit don’t work.

And this is where the Red Pill comes in.

As I mentioned above, this is a praxeology for understanding male/female relationships.

In case you didn’t already hit the link above, a praxeology is the science of human action.

Pay attention to what people DO, not what they SAY.

This is true for everyone, and doubly true for women.

But we’ll get there, and many other writers and bloggers have done a masterful job of delving into this.

How Does This Relate To Fitness?

This was a long, rambling blog post to introduce the concept of the Red Pill, in the event that it is new to you.

But I realized that while fitness is a big part of your Red Pill transformation, there are many more elements too.

It’s about improving yourself to improve your relationship.

But you need to do it FOR YOURSELF.

You can’t do it for your wife.

Think about it this way, if you improve yourself and she responds positively, then great!

But if she still withholds sex and is generally unpleasant to be around, then you’ve put yourself in a much better place to move on (which I hope is not the outcome).

So What Else Is Involved?

I want to recommend books, podcasts, YouTube channels and more.

I want to talk about clothes, fragrances and other general appearance stuff.

I want to talk about frame and mindset.

Fitness/strength is just one part of the picture, though I think it is the foundational piece.

I want to help develop the whole man, not just the physical part.

I’m not perfect at this either.

In some cases, I’m learning with you.

Many of these ideas are coming from other manosphere writers, because they’ve put it more eloquently than I could.

However, I think it’s important that this knowledge get out through as many channels as possible.

Recommendations are my personal opinion on things that are good.

You may agree or not.

Once you get into some of this material you’ll see that it is self-evident.

It will HARD to put into practice.

You’re pushing against a lifetime of conditioning.

You’ll be basically giving society-at-large (to possibly include your family, friends, employer, religious institution and more) the finger.

But it’s worth it.

Pay attention to what people do, not what they say.

If you’ve reached the point where you’re ready to take the Red Pill (maybe out of desperation, or because you’ve all but given up), you will notice the effects of the Blue Pill everywhere.

You’ll see things in other people’s relationships that you will think you can help fix.

You’ll be tempted to dispense some Red Pill knowledge.

And you’ll see/hear that advice from many more people.

This is literally counter-cultural stuff.

Other men, like the dreaded white knights, will attack you and sell you out.

People have to come to this on their own.

Sadly it’s often when everything has fallen apart and they have no where else to turn.

But unless you’ve gotten some signal that a person is ready, don’t try to get them to take the Red Pill.

So that’s what’s going on when you see discussion of stuff that’s not related to fitness, training, Starting Strength, or whatever.

We’re improving the whole dad in order to put him in a better place in life.

Stay tuned, this should be fun!